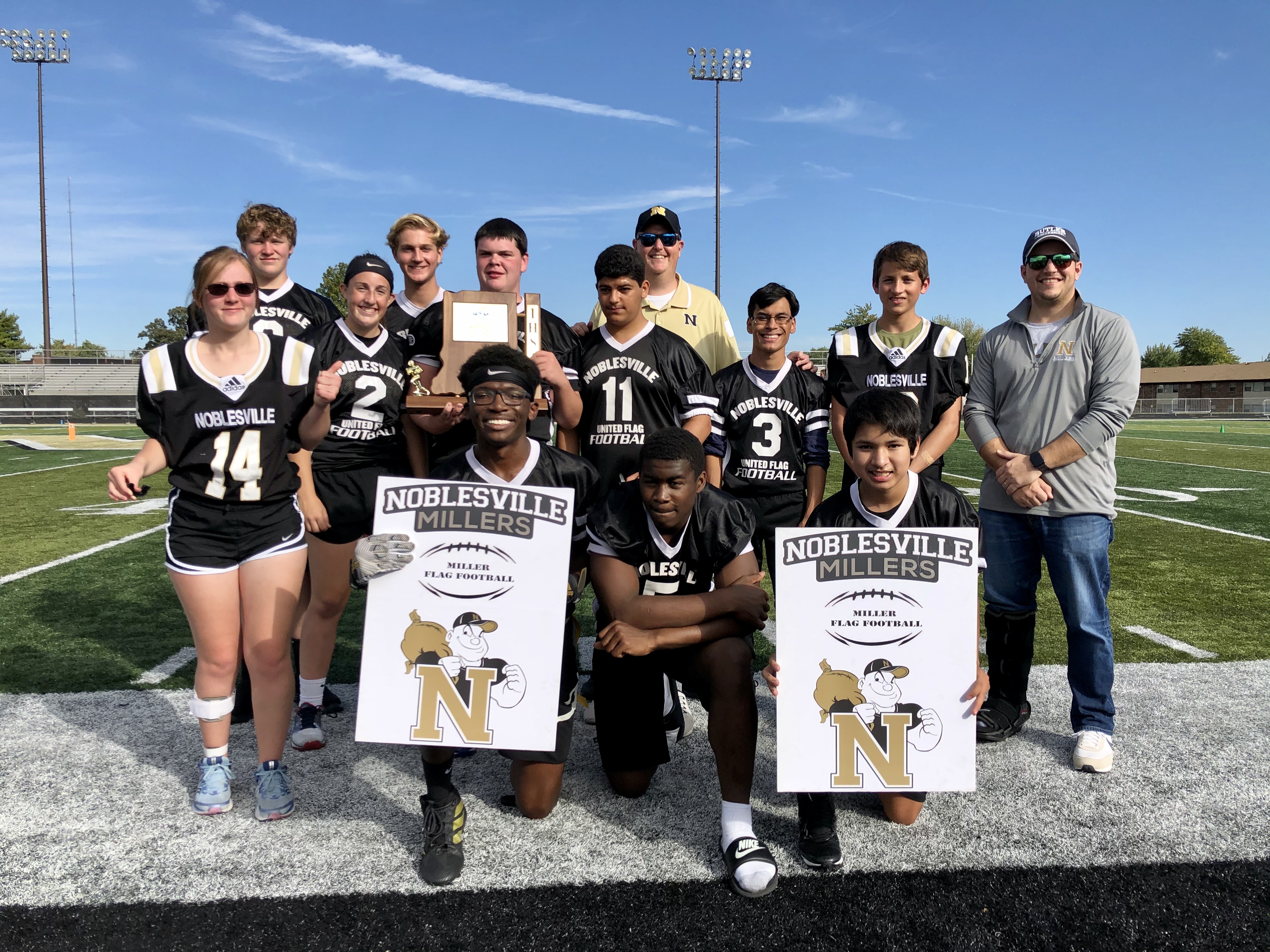 The Noblesville Millers became one of four programs in the state to win their second Unified Flag Football sectional, defeating the Fishers Tigers in the IHSAA Sectional Championship on Saturday at Beaver Materials Field in Noblesville.

Noblesville High School has a distinguished résumé in the young history of IHSAA Unified Sports. The Millers are among thirteen charter members of Unified Track & Field, where the Millers have won three sectional championships from the inaugural season in 2014 through 2016. They finished third in the 2014 State Finals, fourth in 2013, second in 2016, and third in 2017.

Last season, the Millers advanced to the Final Four of the inaugural IHSAA State Finals in Flag Football.