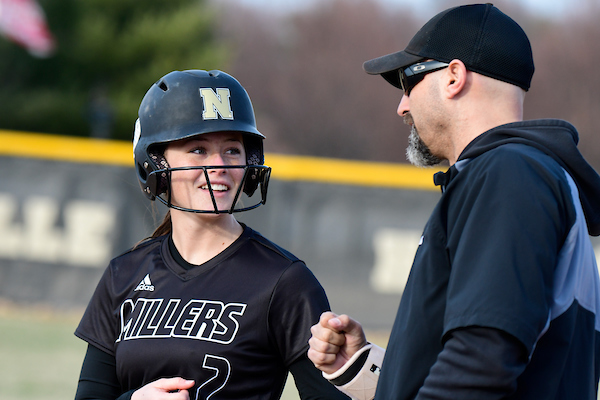 The Noblesville Millers defeated Cardinal Ritter 11-1 on Saturday thanks to a timely seven runs in a big sixth inning. The offensive onslaught came from walks by Emily Minett and Alyssa Solomon, singles by Chloe Tragesser and Scout Duplaga, and by Ella White.

Noblesville got on the board in the first inning when Abby Brown scored from third on a dropped third strike to Ella White.

The Millers notched seven runs in the sixth inning. The offensive firepower from the Millers was led by White, Tragesser, Minett, Solomon, and Duplaga, all driving in runs in the frame.

Maddie Taylor earned the win for the Millers. She surrendered one run on five hits over four innings, striking out two and walking zero. Kira Thomas threw two innings in relief out of the bullpen.

Duplaga led the Millers with two hits in three at-bats. Noblesville didn’t commit a single error in the field. Minett had the most chances in the field with 13. Noblesville stole 14 bases during the game as five players stole more than one. Myah Stuckey led the way with three.