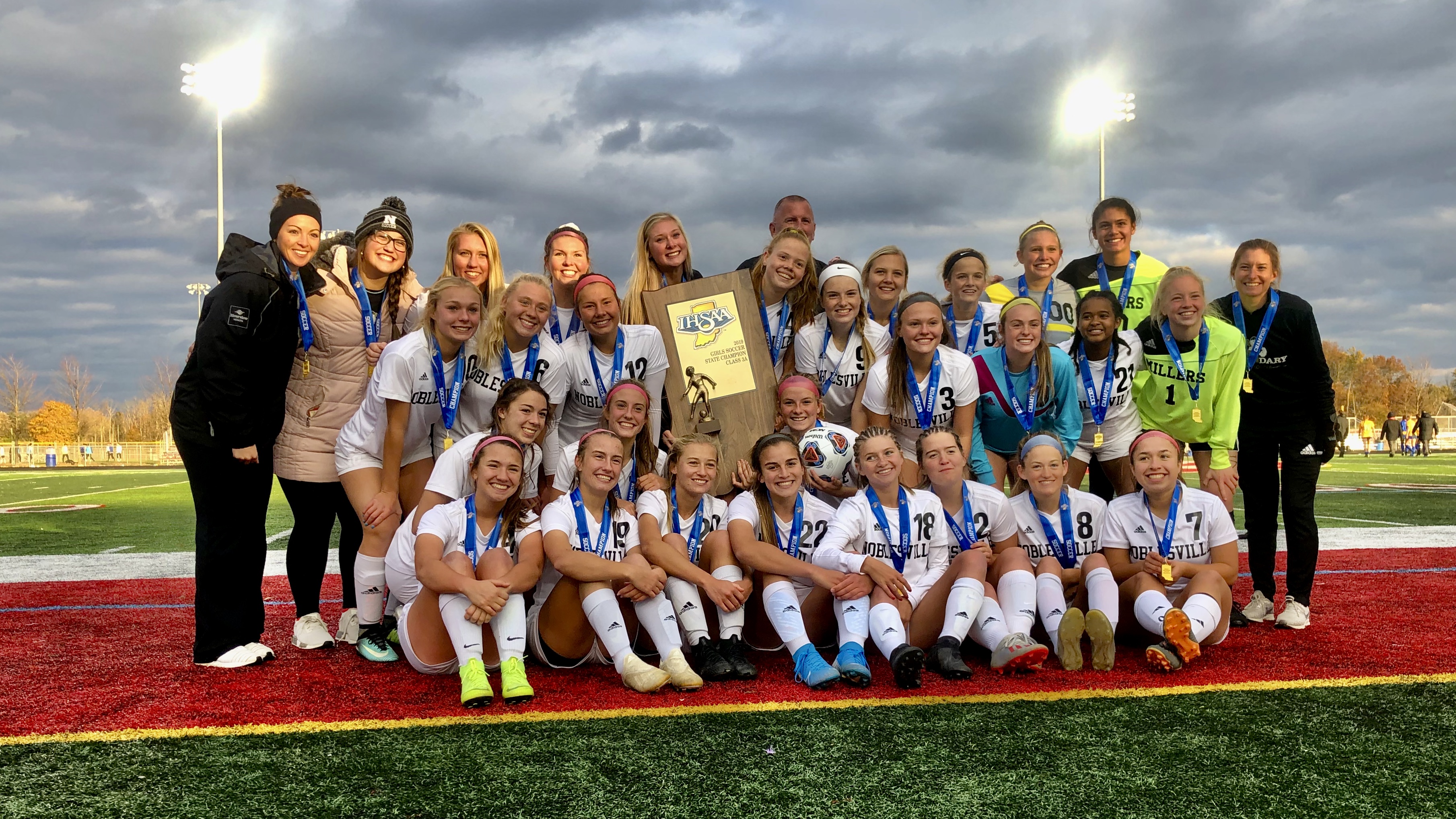 For the second time in program history, and the first time in IHSAA history, the Noblesville Millers are State Champions in girls soccer. The #2 ranked Millers defeated their top rival on the soccer field, the #1 ranked Carmel Greyhounds, 1-0 on Saturday at Fishers High School to claim the state’s top prize.

Miller goalkeeper Sara Kile was credited with seven saves in the game and made an immediate impact on the game by coming out of goal and sliding to steal the ball away from Carmel’s Kelsie James on a fast break opportunity.

Junior defender Brooke Hines came to Kile’s aid in the game’s 25th minute. Kelsie James was able to shoot the ball past Kile and it looked like it would be a certain goal, but Hines was there to clear the danger six yards from goal and was credited with a save.

The Millers were ready to make history in the game’s 44th minute. Coming off of a throw in, the Carmel defense converged on the ball near the sideline, but senior Sydney Anderson was able to get the ball up to an open Jenna Chatterton. Chatterton raced to the end line and after one dribble, sent the ball to the middle where Kiana Siefert blasted the ball into the back of the net for the first score of the game. The goal was the first for the Millers in an IHSAA State Championship game.

From there, Kile and the Millers’ defense stepped up and shut down Carmel’s attack, thwarting multiple Carmel opportunities and beating the Greyhounds to the ball time and again.

The 2019 Millers completed the season with an undefeated record of 17-0-3 and won the Hoosier Crossroads Conference with a record of 6-0-1.

Noblesville spent the entire season inside of the top three of the ISCA State Soccer Rankings and went wire-to-wire as the #1 ranked team in the Top Drawar Soccer Indiana Rankings. The Millers are ranked as the #1 girls soccer team in the MaxPreps National Rankings.