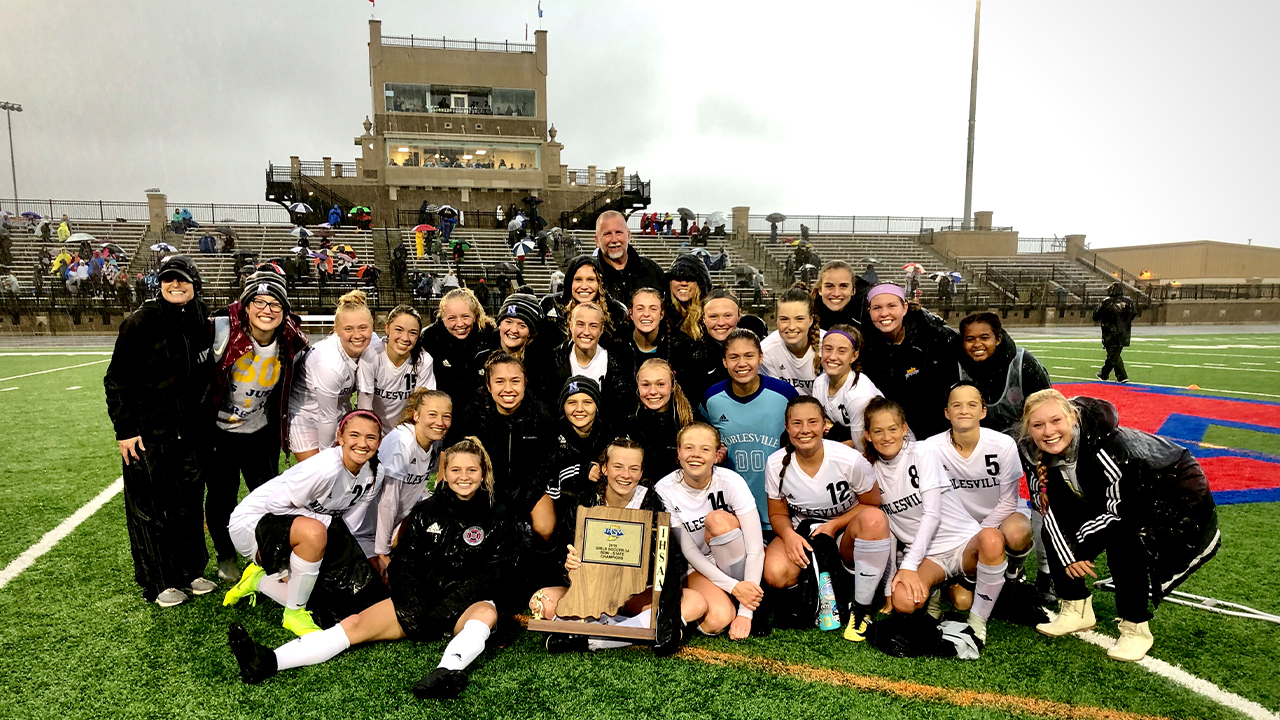 The Noblesville Millers defeated the Penn Kingsmen 2-1 in Overtime on Saturday at the Kokomo Semi-State, surviving a heart-breaking last second goal to advance to the IHSAA 3A State Championship.

The game was played in the rainy and cold conditions and neither team was able to get on the board in the first half. The Millers opened the second half with a few opportunities, but finally broke through in the game’s 57th minute. Just outside the goal area, Jacey Hoopingarner collected a rebound off of a Sydney Anderson shot and sent the ball back in front of the goal where the Penn defense attempted to clear the ball, but sent it right to the waiting feet of Jenna Chatterton, who settled the ball eight yards in front of the goal and sent the ball to the back of the net for the 1-0 lead.

The Millers were able to hold the lead – until a bitter ending to regulation. Penn’s Lauren Schnabel sent the ball 20 yards downfield where it skipped off a Miller defender’s header attempt and behind the Miller defense. It became a race to the ball between Noblesville goalkeeper Sara Kile and Penn’s Amanda Baker that Baker was able to win and score the gut-wrenching goal to tie the game 1-1 with three seconds left on the clock.

Neither team was able to take control of the overtime periods, but the Millers took advantage of a late opportunity. Defender Brooke Hines sent the ball to midfield where Jenna Chatterton took off on a fast break; the Penn defense was able to dislodge the ball, but it skipped to Ava Bramblett who sent the ball downfield to the box. Jenna Chatterton sprinted 25 yards to beat the defense, and the Penn goalkeeper, to head a pass to Sydney Anderson, who was wide open on the left side and had nobody between her and the goal; Anderson sent the winning goal to its home in the back of the net and sent the Millers to the State Championship.

It will be a Hamilton County affair in the IHSAA 3A Girls Soccer State Championship, the Millers will square off against the Carmel Greyhounds at Fishers High School on Saturday at 4:00 p.m. The teams previously played on September 23 at Carmel High School and tied 1-1.

Western Invitational
8:00 am
View All Events