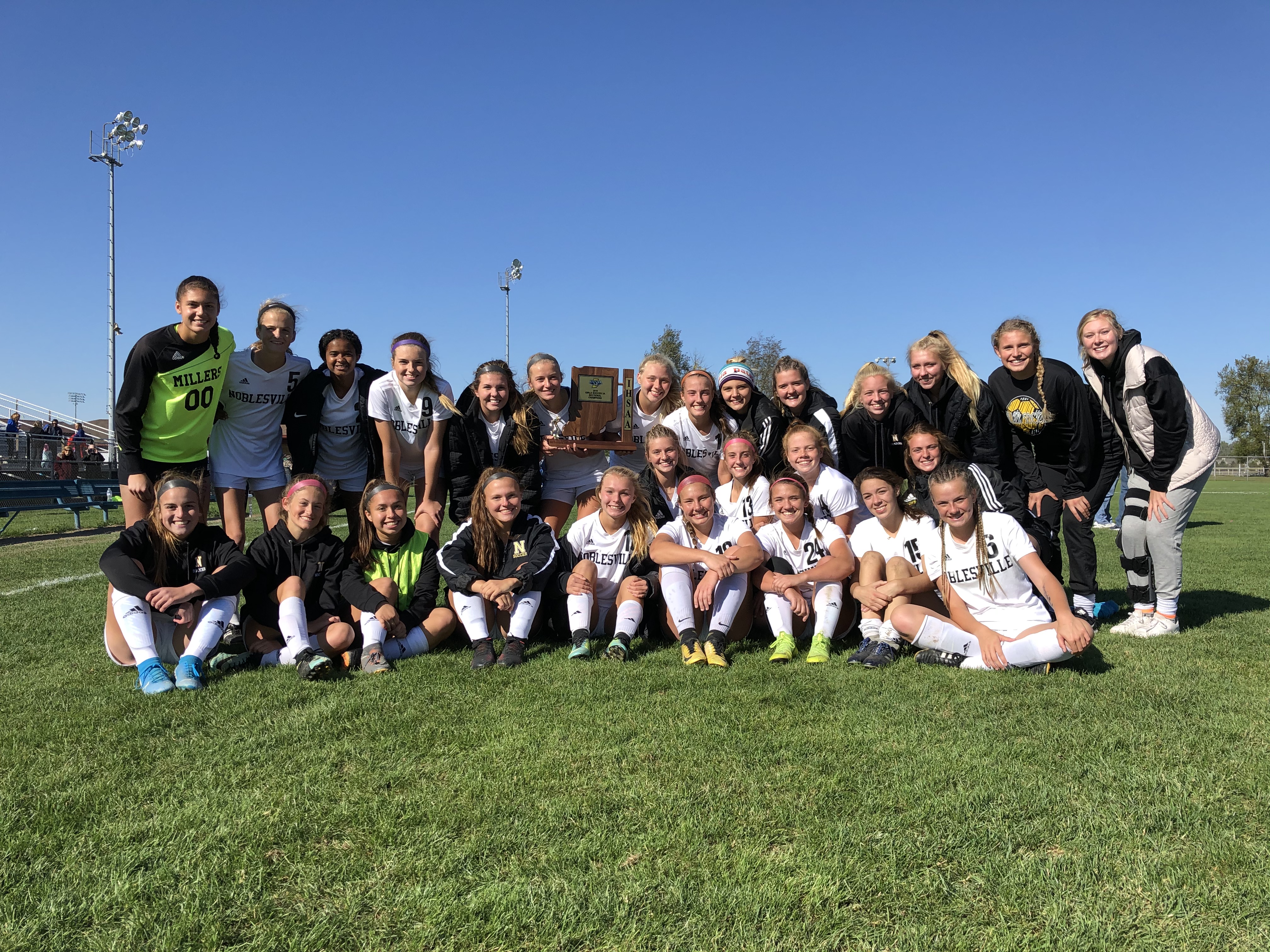 The #2 Noblesville Millers claimed the program’s 15th Sectional Championship on Saturday with a rout of #3 Hamilton Southeastern 3-1.

The Millers dominated the first half and their scoring began in the 20th minute when Jenna Chatterton navigated around the defense and drove the ball to the middle of the field where she shot an untouchable ball over the goalkeeper’s head from 20 yards out for a goal.

In the game’s 37th minute, Carly Hudnall played a ball from the endline into the goal box that was sent out by a Royal defender right to the waiting feet of Makenna Maloy on the far right side of the penalty area. Maloy settled the ball and delivered yet another untouchable ball over the goalkeeper’s head from 15 yards out for a 2-0 lead.

Just before halftime, during the game’s 40th minute, Jenna Chatterton intercepted a Royals’ header and drove the ball to the eighteen where she delivered an assist to Elana Chatterton who slipped the ball by the goalkeeper for a 3-0 halftime lead.

The Royals showed impressive resolve, coming out aggressive in the second half with several scoring opportunities, but the Millers defense was up to the task and would only give up a goal in the 72nd minute to Hamilton Southeastern’s Ashley Wilson which moved the final score to 3-1.

The Sectional Championship marks the program’s third in the last four years; it is their 15th overall sectional title and the 10th under IHSAA affiliation. This is the ninth time that both the boys and girls soccer teams at Noblesville have won sectional championships in the same year and the first time since 2008.