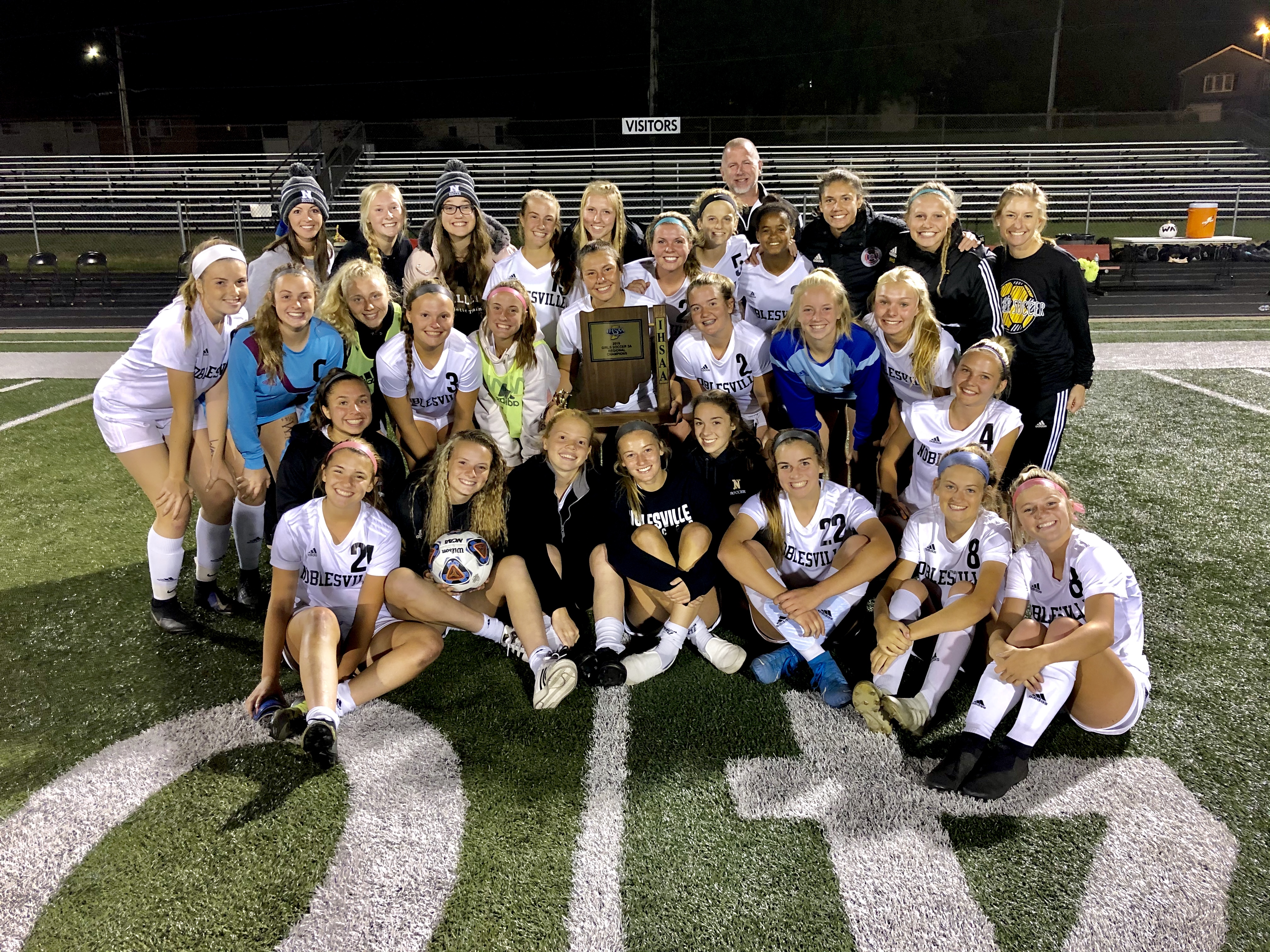 The Noblesville Millers claimed the program’s 9th Regional Championship on Saturday with a 5-0 victory over the McCutcheon Mavericks at Logansport High School.

The Millers got on the board in the game’s 4th minute when Elana Chatterton scored off of an Isabella Griffey corner kick. In the 16th minute, Carly Hudnall sent the ball into the middle of the box and right to the feet of Jenna Chatterton for the second goal. In the 18th minute, Jenna Chatterton assisted Ava Bramblett, who scored from 19 yards out.

Noblesville added two goals in the second half; in the 47th minute, Sydney Anderson passed to a wide open Meskerem James who took one dribble and sent the ball home for a 4-0 lead. The final goal came in the 71st minute when Kylie Roberts crossed a corner kick and Paige Landers headed the ball over the Maverick goalkeeper for the score.