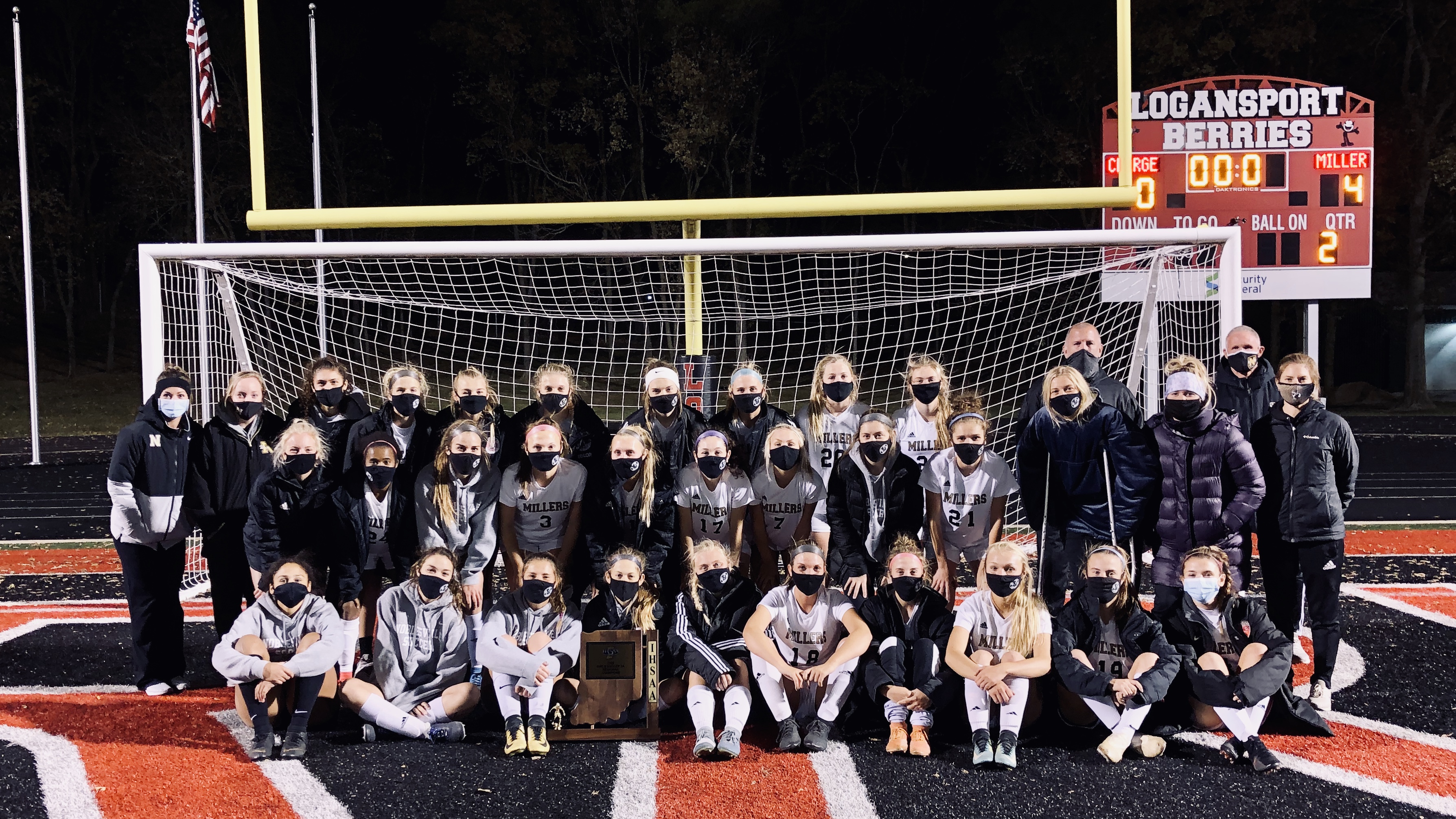 The Noblesville Millers defeated the Carroll Chargers 4 – 0 in the Regional Championship at Logansport High School on Saturday evening.

The Millers immediately set the tone, attacking from the beginning of the game. Meskerem James got the ball rolling in the 9th minute when she came out of a scrum for the ball in the box and sent it home for the 1 – 0 lead. Ava Bramblett put a goal in from 25 yards out in the 34th minute to give the Millers a 2 – 0 lead though halftime.

In the 50th minute, Makenna Maloy sent a header in the direction of Jenna Chatterton, who gathered it and sent a quick shot in for the 3 – 0 lead. Finally, in the game’s 61st minute, Paige Stooksberry one-touched Elana Chatterton’s corner kick into the net for the 4 – 0 lead that would be the final tally.