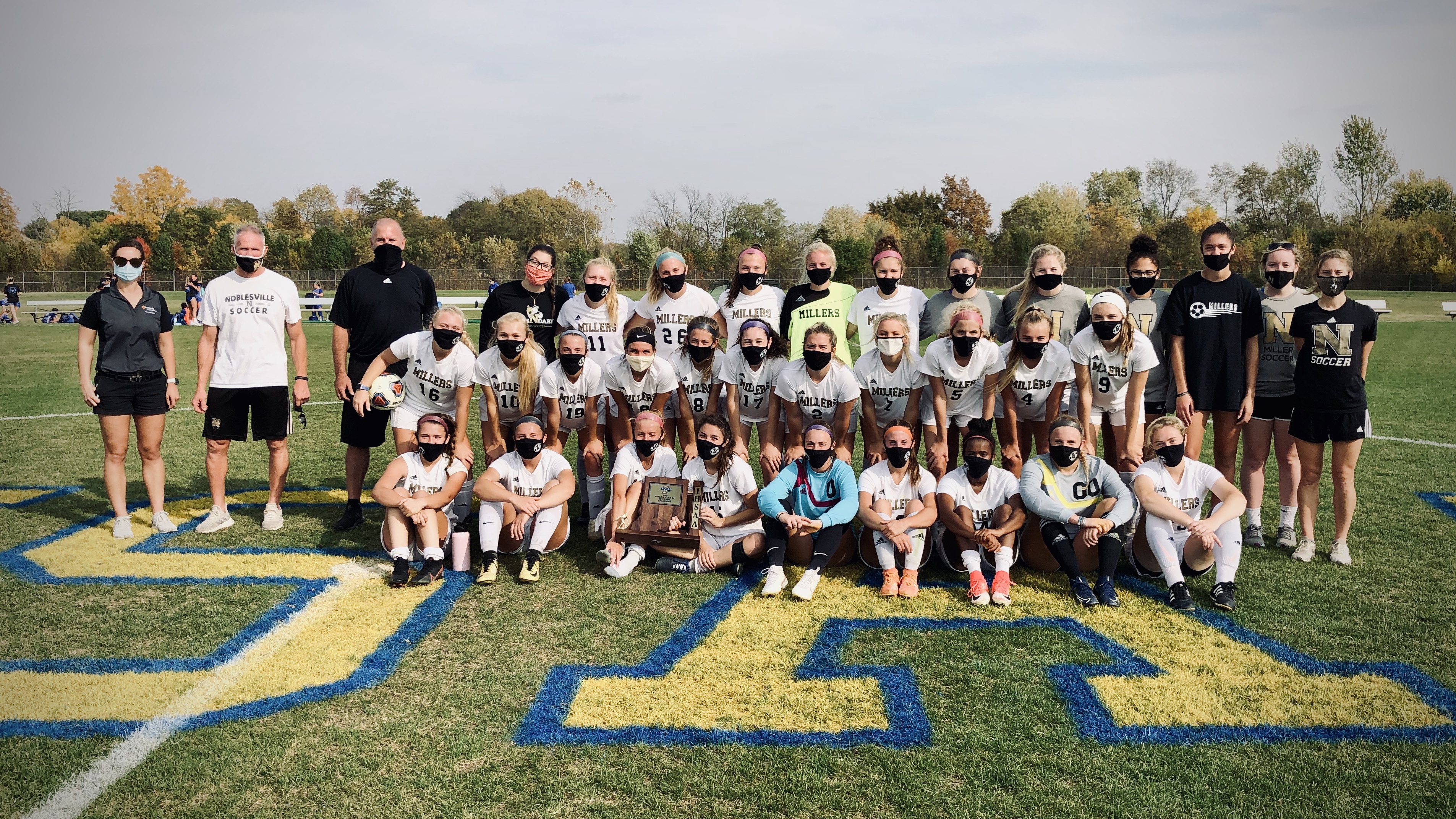 The No. 1 ranked Noblesville Millers defeated the No. 5 Hamilton Southeastern Royals 2 – 1 to win the IHSAA Sectional #8 Championship on Saturday at Hallmark Orthodontics Soccer Complex in Noblesville.

With the Millers riding the momentum of the first goal, they quickly added another goal in the 30th minute. Ava Bramblett took a Makenna Maloy throw-in and effortlessly flipped an underrated pass in front of the goal for Meskerem James to one touch into the net to take a 2 – 0 lead that would endure through halftime.

But this is a rivalry game, and the Royals dug in and battled back in the second half to quickly put a mark on the scoreboard in the game’s 45th minute.

Hamilton Southeastern’s Morgan Castiglione sent a pass from midfield deep into Miller territory that Lauren Clark chased down and sent past the Miller defense to cut into the Millers’ lead.

The Royals’ resolve never melted the rest of the way, but the stage in the final 15 minutes of the game belonged to goalkeeper Josie Taylor and the Miller defense.

In the 66th minute, Taylor came out to block an HSE shot attempt from Daniella Rios-Rojas at the top of the box. While Taylor was recovering, the Millers’ Lauren Adam and Grace Taskey raced to the ball and cleared it away from danger.

Taylor’s shining moment came in the 77th minute when HSE’s Tatum Coleman sent a beautiful long shot from near the sideline that would have tied the game – if it weren’t for Josie Taylor. Taylor leapt and made a save that sent the ball over the goal, herself flying to the ground, and sent the Millers flying high to the Regional.

The Millers advance to Saturday’s Logansport Regional where they will play the No. 10 ranked Homestead Spartans in the 10:00 a.m. semi-final match. The winner will play either the No. 19 Harrison Raiders of West Lafayette or the Carroll Chargers in the 7:00 p.m. regional championship match. All games will be played at Logansport’s football stadium.