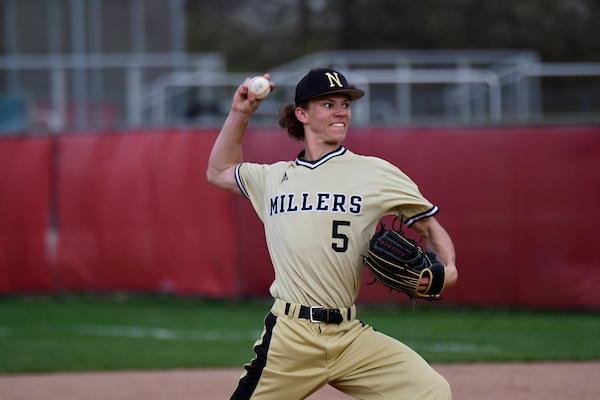 The Noblesville Millers got out to a four-run lead in the fourth inning and held on for a 5-4 victory over Brownsburg on Friday. Brownsburg scored three runs in the failed comeback on a double by Travis Bevington and a single by Nick Reams.

Brownsburg scored three runs in the seventh inning, but Noblesville still managed to pull out the victory. The big inning for Brownsburg came thanks to a single by Reams and a double by Bevington.

Brownsburg fired up the offense in the first inning. Bevington singled on a 2-0 count, scoring one run.

The Millers tallied three runs in the fourth inning. Zach Gruver and Grant Braun each had RBIs in the big inning.

Camden Nagel took the win for the Millers, going six innings while allowing three hits and one run, striking out three. Jared Michael and Ethan Leslie entered the game out of the bullpen and helped to close out the game in relief.

Braun went 2-for-3 at the plate to lead Noblesville in hits.

Brownsburg tallied five hits in the game. Bevington and Reams all had multiple hits for Brownsburg. Brownsburg was sure-handed and didn’t commit a single error. Parker Gryskevich made the most plays with ten.