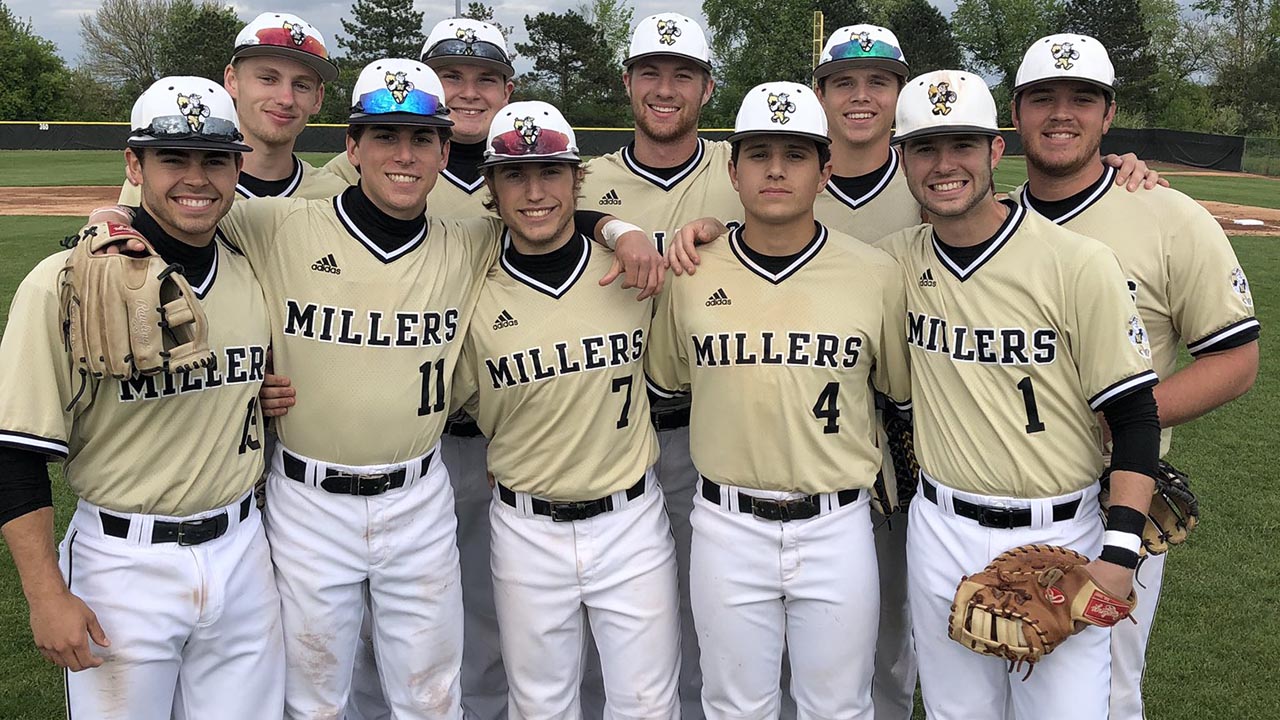 The Noblesville Millers lost to Rossville 5-4 on Senior Night at Dunker Field. The 1A #1-ranked Hornets hit a go-ahead three-run home run with two outs and a 1-2 count in the top of the 7th inning.

The Millers took an early lead in the second inning. Ethan Imel singled on a 1-0 count, scoring one run.

Saylor earned the win for Rossville. He allowed zero hits and zero runs over two-and-a-third innings, striking out three and walking one. Price threw two and a third innings in relief out of the bullpen.

Matt Peek took the loss for the Millers. He allowed zero hits and two runs.

Imel led the Millers with three hits in three at-bats.

Rossville tallied five hits in the game. Beard and Soiseth each racked up multiple hits for Rossville. Rossville didn’t commit a single error in the field. Beard had seven chances in the field, the most on the team.