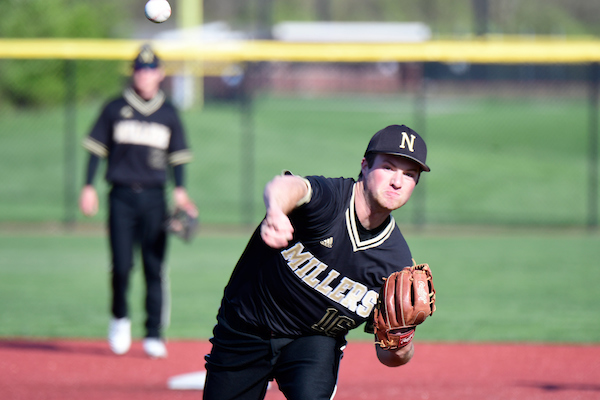 The Noblesville Millers defeated the Zionsville Eagles for an 8-3 conference victory on Wednesday evening at Dunker Field in Noblesville.

Zionsville opened up scoring in the second inning, when Baumgardner doubled on the first pitch of the at-bat, scoring one run.

Noblesville took the lead for good with two runs in the fourth inning. In the fourth Grant Braun doubled on a 2-2 count, scoring two runs.

Clay Holzworth was the winning pitcher for the Millers. He surrendered three runs on nine hits over seven innings, striking out five and walking one.

Burton took the loss for Zionsville. He allowed four hits and two runs over two and two-thirds innings.

D.J. Owens hit a home run in the sixth inning.

Brady Walden went 2-for-3 at the plate to lead Noblesville in hits.