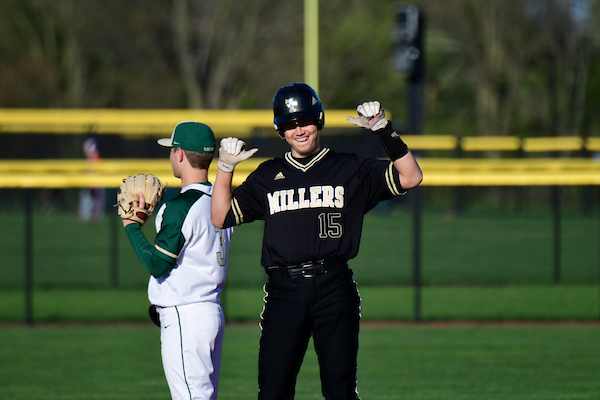 The Noblesville Millers snagged a late lead and defeated Logansport 7-6 on Saturday. The game was tied at six with the Millers batting in the bottom of the sixth when an error scored one run for Noblesville.

Both pitching staffs had their hands full, frequently dealing with runners on base. Noblesville collected six hits and Logansport had ten.

In the first inning, the Millers got their offense started when Cade Nelis singled on a 1-1 count, scoring two runs.

Matt Peek started the game for the Millers. He lasted three-and-a-third innings, allowing four hits and six runs while striking out three.

Jared Crandall was the winning pitcher for the Millers. He went three and two-thirds innings, allowing zero runs on six hits, striking out four and walking zero.

Meadows took the loss for Logansport. He lasted three and two-thirds innings, allowing five hits and six runs while striking out three.

Noblesville smacked one home run on the day when Ethan Imel put one out in the fourth inning.

Logansport saw the ball well today, racking up ten hits in the game. Platt and Burnett all had multiple hits for Logansport. Platt went 4-for-4 at the plate to lead Logansport in hits.