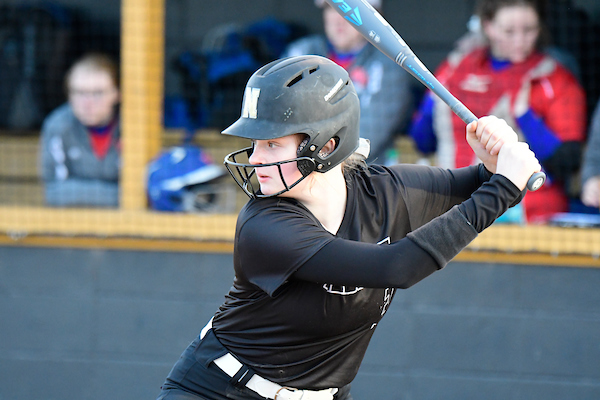 Maddie Taylor was clutch at the plate with ducks on the pond on Monday, driving in five on three hits to lead the Noblesville Millers past Westfield 13-7 on Monday. Taylor drove in runs on a single in the second, a sacrifice fly in the sixth, and a single in the seventh.

There was plenty of action on the basepaths as Noblesville collected thirteen hits and Westfield had seven.

In the first inning, Noblesville got their offense started when Chloe Tragesser grounded out, scoring one run.

Taylor was credited with the victory for the Millers. She surrendered seven runs on six hits over six innings, striking out eight. Kira Thomas threw one inning in relief out of the bullpen.

Alexis McClure took the loss for Westfield. She lasted two-thirds of an inning, allowing three hits and seven runs.

The Millers hit two home runs on the day. Emily Minett had a four-bagger in the first inning and Ella White went deep in the seventh inning.

Taylor, Julia Furiak, Minett, and Rylie Moore all managed multiple hits for the Millers. Taylor led Noblesville with three hits in three at-bats. Noblesville was sure-handed in the field and didn’t commit a single error. Furiak had the most chances in the field with eight.

Westfield totaled seven hits in the game. Arvin and Parker all had multiple hits for Westfield.