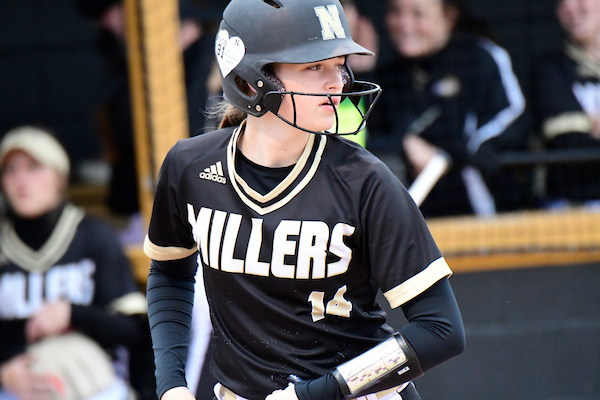 Saturday’s game against Bishop Chatard was a heartbreaker for the Noblesville Millers, as they lost the lead late in a 6-5 defeat. The game was tied at four with Bishop Chatard batting in the bottom of the fifth when H Howe singled on a 2-1 count, scoring one run.

The Millers lost despite outhitting Bishop Chatard ten to eight.

Noblesville fired up the offense in the second inning when Chloe Tragesser hit a solo homer.

After Noblesville scored two runs in the top of the fourth, Bishop Chatard answered with two of their own. The Millers scored when Tragesser homered on the first pitch of the at-bat, scoring two runs. Bishop Chatard then answered when Howe singled on a 2-2 count, scoring one run.

Howe got the win for Bishop Chatard. She went seven innings, allowing five runs on ten hits, striking out two and walking zero.

Kira Thomas took the loss for the Millers; she allowed five hits and two runs over one and two-thirds innings, walking zero.

Maddie Taylor started the game for Noblesville; she went three and two-thirds innings, allowing two runs on two hits and striking out five

Chloe Tragesser smacked two home runs on the day, hitting the long ball in the second and fourth innings.

Howe went 2-for-3 at the plate to lead Bishop Chatard in hits.