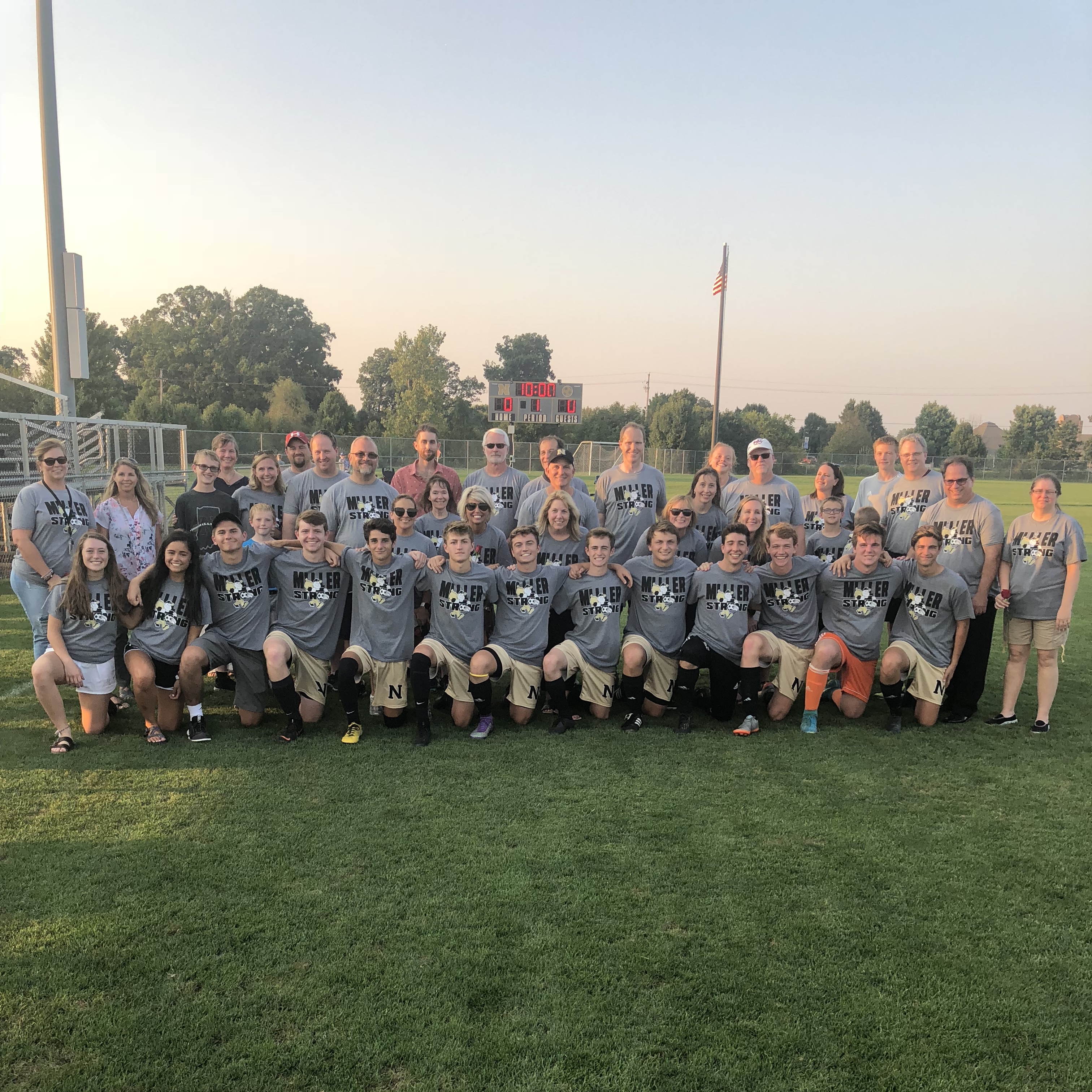 The Millers beat the Bears of Lawrence Central 3-1 on Senior Night. All 10 seniors got the start tonight, with Miles Atkins starting in goal and Josh Lewis, normally a GK, getting the start at striker. The Millers had quality possession in the first half, but conceded the first goal of the game. The Bears converted on a corner kick when the Millers defense was unable to track a player through the penalty box. The Millers weren’t down for long, though. Less than 2 minutes later, Gabe Imes sent Freshmen Spencer Holland in on a break away and he converted low to the near post to tie the game at 1.

After halftime, the game was all Millers. In the first 12 minutes after the break, the Millers added their 2nd and 3rd tally of the game. The Millers second goal of the game was again scored by Spencer Holland, who had a masterful turn just outside the penalty area from a Jack Miller pass to open up space for a nice shot, low to the far post. The Millers 3rd and final goal of the game came 8 minutes later when Spencer Holland sent in a cross to the box. Palmer Ault brought the ball down, had a quick pass to Tommy Gregory, who juked a defender and then slid a toe poke past the LC goalkeeper.

The Millers look to add to their 4 game winning streak when they make the short trip to Hamilton Southeastern on Tuesday for an HCC battle.

Yorktown Invitational
10:00 am
View All Events