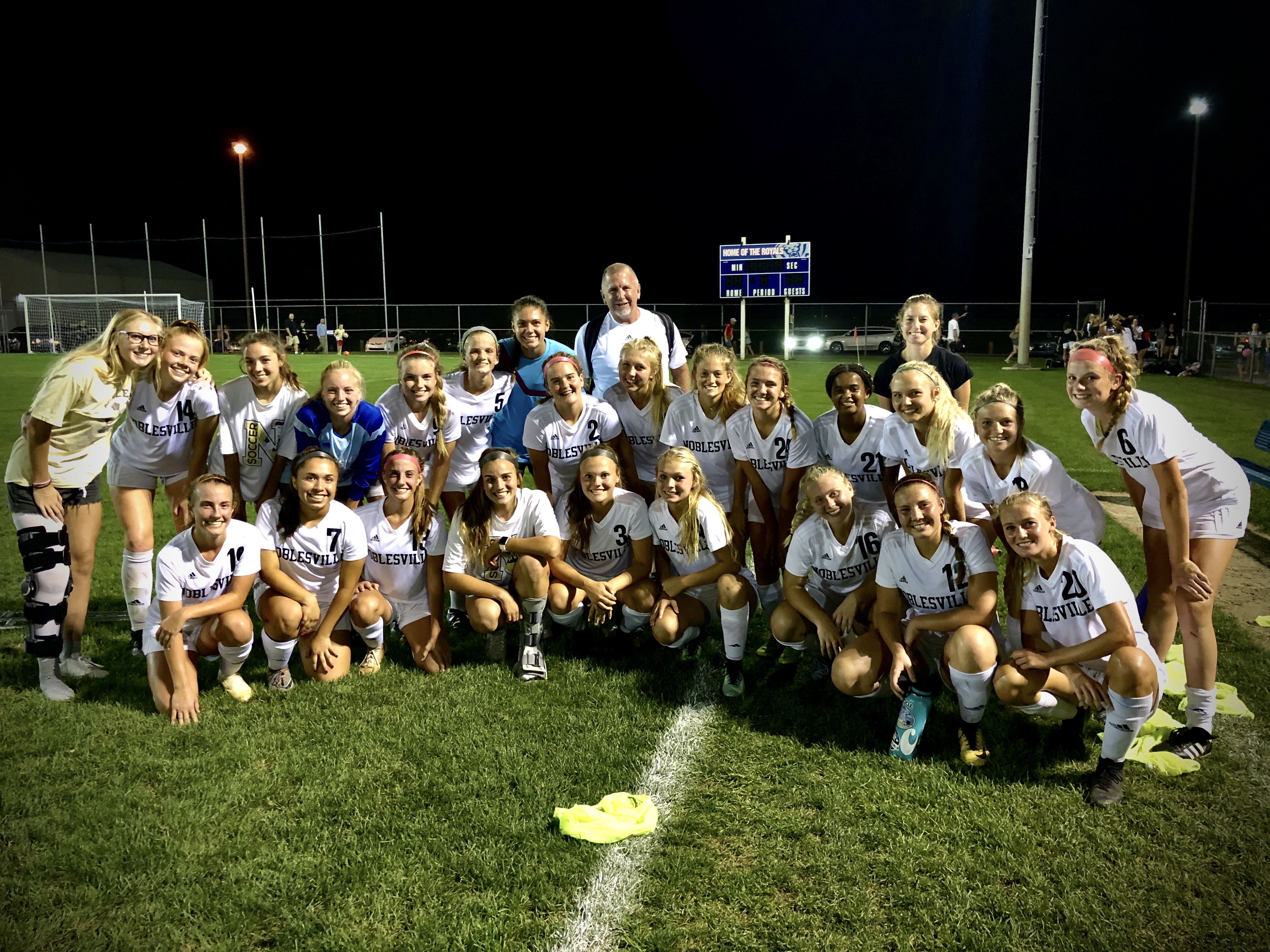 Hamilton Southeastern stepped on the gas early; in the 6th minute, the Royals’ Izzie Wallace was able to get behind the Miller defense and fight off a Noblesville defender to open up the game’s scoring.

The Millers wouldn’t score until just before halftime; in the game’s 35th minute, Elana Chatterton passed upfield to Jenna Chatterton who was able to slip a slow roller past the goalkeeper for the equalizer.

Noblesville’s defense held strong in the second half, thwarting several Hamilton Southeastern attacks to hold the game at 1-1.

In the 73rd minute, Carly Hudnall sent a corner kick sailing over the Hamilton Southeastern goalkeeper’s outstretched arms to the opposite side, where Sydney Anderson touched the ball in heavy traffic to an open Elana Chatterton on the near side where Chatterton scored the conference championship winning goal.

The victory marks the program’s 11th Hoosier Crossroads Conference Championship, the most of any HCC girls’ soccer program.

The Millers completed the regular season with an undefeated 6-0-1 HCC record and an undefeated 11-0-3 overall record. The Millers will take on the Anderson Indians on Thursday, October 10th in the Sectional Semi-Finals at Hamilton Southeastern High School.